When my youngest son was first diagnosed with ASD, I wasn’t sure what to think.  My husband and I tend to think rather clinically, and had done a lot of research, but there a great many unknowns.  What your child does (or does not do) right now isn’t an indicator of what they’ll do in a month, six months, a year, ten years.

One thing I was sure of when he went to preschool was that he was not making friends in the way typically-developing children do.  He didn’t really form any connections to other kids until just before he transitioned to Kindergarten, and even then it was more like he really looked up to the other child.

Recently we went to a cookout at the house of a family we’ve known for years.  Our kids have played together on and off all summer, every summer.  And up until this past weekend, WonderBoy hadn’t really connected with them. What happened took my breath away.

I’m not even going to apologize for this barrage of photos.  It all started with this moment:

As the late afternoon hours went on, and the color of the sunlight changed gradually, we began to realize that the two had not parted ways for even one moment….

And as everyone gathered to eat, it continued on… 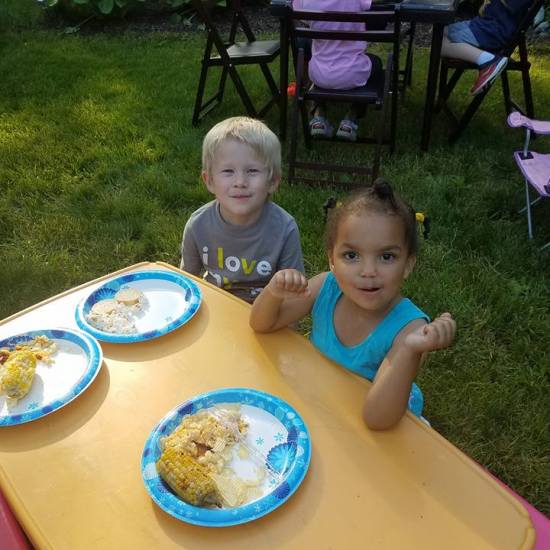 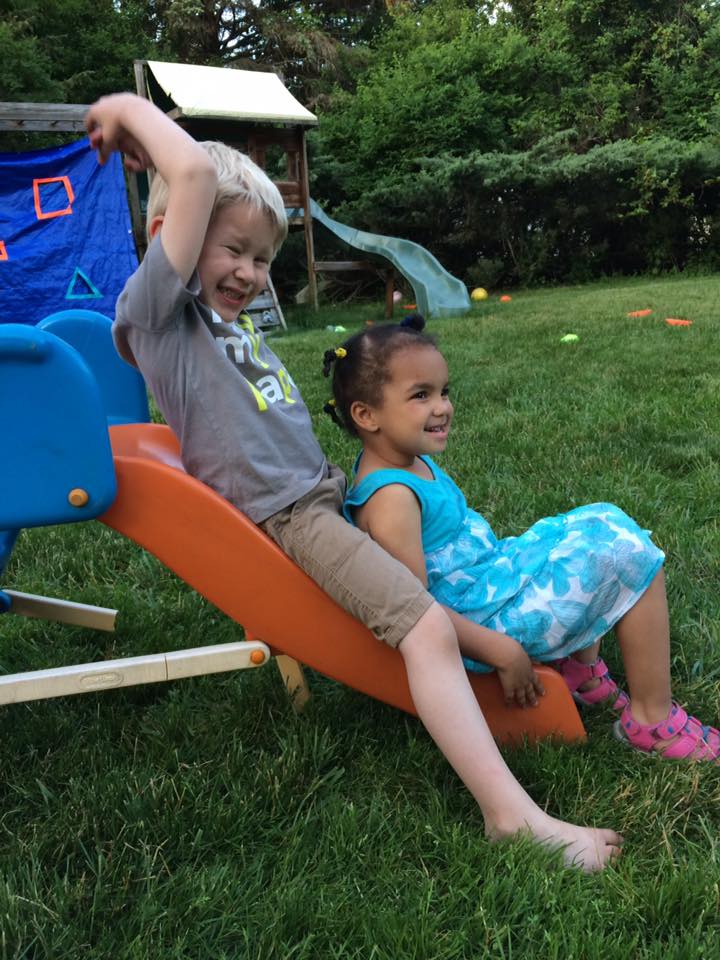 And although we gave him many warnings when it came time to head home at the end of the night, he sobbed in his grief that he must leave his new friend.  The following day he asked for her by name.  Yesterday he asked me if I’d call her mother.  The boy has found someone he connected with.

Now it just so happens that she is the same chronological age as his developmental age.  Perhaps there is something to that, I do not know.  What I do know is that he has broken every Rule of Autism* so far.  Like his parents, he defies anyone and anything that says “you can’t”.  And that is really “au”some.

These photos were shared with the permission of the parents of the girl who WB bonded with. They’re an incredible family who is full of love and whose children know the true meaning of friendship. Because of the welcoming nature of their parents, these are kids who will grow up understanding how to be accepting.

One thought on “Making friends”