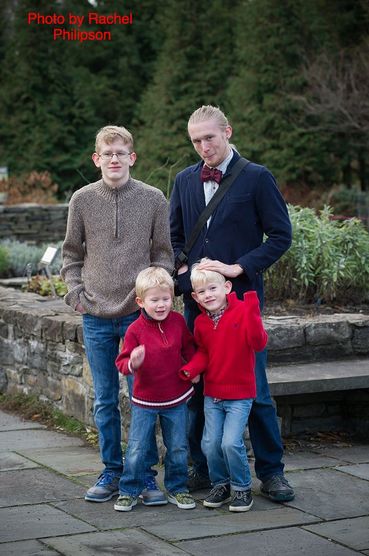 I love this photo so much. In December, my mother the saint offered to help us with paying for family portraits. More on her later, she gets at least one post of her own. But first, this.

If you have kids, neurotypical or otherwise, you know that family portraits can be tricky. Newsflash- kids don’t stand still. Like, EVER. That is amplified by about 1,000,000 times when you have kids on the spectrum and one of them is a little bottle of ADHD energy.

I feel like this picture really shows the calm, gentle giants that are our older two sons in stark contrast to the pure kinetic energy that is the wee lads. I mean, have you ever watched someone with ADHD attempt to hold their bodies still? It’s difficult for me to watch in part because I am fairly certain I’d be diagnosed, but also because it is so clearly painful for my son who is constantly equal parts motion and sound.
The older boys are so calm with their brothers. Maybe it’s a side-effect of growing up with the chaos that comes with having siblings on the spectrum. Perhaps it’s their ages- one is off at college and is ready to take on the world and the other is halfway finished with high school and following in his brother’s footsteps.
We lean on them a LOT to help with the care the “little bros”, as they are fondly called, if for no other reason than our sanity. There will be another post about respite- trust me, it’s really important.
Did you ever see the Looney Tunes bit with Spike the Bulldog and Chester the Terrier? Spike calmly walking down the street, lumbering in the way that only a bulldog can, and Chester leaping over him and running around him in circles: “What are we gonna do today, Spike? Huh? Huh? Want me to pick up some bones for ya? Wanna play ball? Huh? Huh?”

The elder boys are absolutely Spike, each with their own personal Chester to run around them and entangle their long legs in spastic little boy energy.

But here’s the thing- these young men have grown into the most accepting, understanding, and inclusive people I have ever met. And this is what happens for many kids who grow up with a sibling who has special needs. You see people as people, rather than seeing them as a disability. You see people in other places who just need a friendly face and someone willing to sit down and talk with them. You want to build this world to not only accept but to include EVERYONE. And that is a really amazing super power.

Here’s the thing about all of what I’m telling you: when I was my oldest son’s age, I had such hopes for the world, but I was utterly clueless until, oh, last year about what to do. But these boys… they know. They read and study politics. They study humanity and know what needs fixing and by crumb, they’re gonna do it. And they’ll lead movements of people with the same goal, the goal of making this world fit everyone, instead of just the people who fit a certain description.
The lesson here is this: Accept. Understand. Include. When we include people who are different from us, we all grow and become the best possible versions of ourselves. 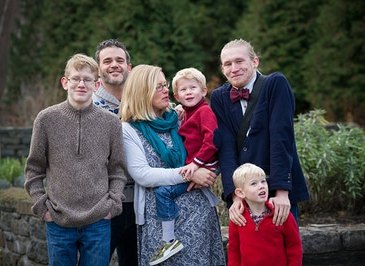 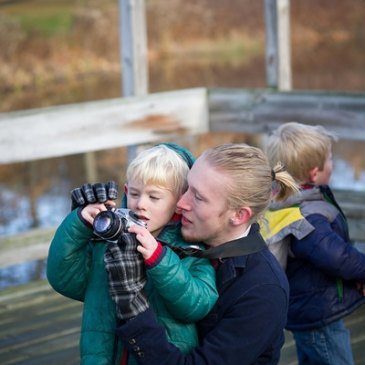 Photo credit for all of these photos goes to Rachel Philipson, photographer extraordinaire.